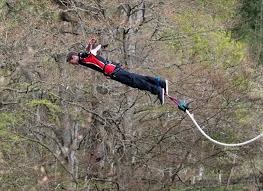 Peggy has a heart condition and has been covered by her soon-to-be ex-spouse Dan’s military health insurance plan. Peggy was told her coverage would continue as long as she remitted her health insurance premium payments on time. After her divorce was finalized, Peggy was given the unpleasant news that regardless of what her Judgment of Divorce stated, she was never eligible to receive continued health insurance coverage through Dan due to a timing loophole of which her attorney and financial advisor were unaware. This second blog raises some particularly surprising health insurance continuation tips that all divorce advisors should become familiar with to help their clients avoid any interruption in coverage.

Tip: Continuing health insurance is tied to the division of pension benefits for ex-spouses of federal government employees.

The Federal government loves their acronyms!

“Spouse Equity” coverage is available to the ex-spouse only if he or she is also awarded a portion of the employee’s pension or pension survivor. In other words, if the parties agreed that the ex-spouse would walk away from his/her share of future pension benefits, they are also closing the door to continued health insurance.

What does health insurance coverage have to do with pension benefits? We’re not exactly sure, but again, it only matters that we know the rule, not that we can justify it.

Another way to become ineligible for Spouse Equity health insurance coverage is for the former spouse to get remarried before age 55.

Are there any other options for a former spouse? Yes, for some who can’t receive Spouse Equity coverage, as long as they apply within 60 days of the Judgment of Divorce, they can qualify for TCC benefits. The downside? The ex-spouse can only retain this coverage for 36 months and the cost is 102% of the Single Premium cost for an employee.

Tip: Health insurance continuation coverage for ex-spouses of the military is tied to length of marriage.

In order for a military ex-spouse to be entitled to continued health care coverage, they are subject to what is known as the 20/20/20 Rule. Simply put, if a spouse is married to a military member for 20 years and the member has put in 20 years of service AND they overlap each other, the former spouse is entitled to continued health insurance coverage for the rest of their life. Not only does it last throughout the ex-spouse’s lifetime, but it is free as well.

This makes timing as it relates to military divorce critical. In the opening example above, Peggy and Dan were married for 19 years. It certainly would have been well worth Peggy’s while to remain married to Dan an additional year in order to receive lifetime free health insurance coverage.

The bottom line in both these instances? If you’re an advisor who isn’t familiar with the peculiarities of federal and military employee divorce, call in an expert who is.