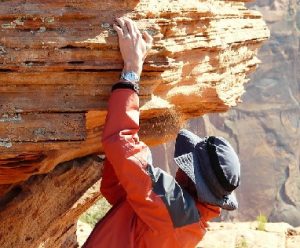 Following a late night deal back in December 2014, Congress passed provisions for the Multi-Employer Pension Reform Act of 2014, which were subsequently signed into effect by President Obama.

Although it has the potential to wreak devastating financial consequences on millions, many retirees and their ex-spouses are just beginning to realize they’re standing at the edge of a steep precipice.

Taking a step back, let’s review some pension basics.

Pension plans set aside money today to pay future retirees a guaranteed stream of monthly income that cannot be outlived. Employers set up qualified pensions that are governed by rules Congress enacted in 1974 to protect retirees. Employers must pay insurance premiums to the Pension Benefit Guarantee Corporation (PBGC), which in turn, insures pension benefits if a plan becomes insolvent.

How does this new law affect retirees and their ex-spouses?

Let’s take the case of “Jon” and “Jan”, who divorced in 2013 after 30 years of marriage. Jon, a retiree, received a letter from his plan trustee five months ago stating this his pension, accrued after 30 years as a truck driver was slated for a 50% cut.

At the time of their divorce, the most important thing to Jon was keeping his pension. After all, he was quite certain this was an income stream he could count on for the rest of his life. He was older than Jan who was still working and felt he needed the full income to maintain his lifestyle. His lawyer finally convinced Jan to take an extra $250,000 in brokerage assets if she would walk away from her share of Jon’s pension. In exchange, Jon would also agree to waive any claim he had to receive alimony from Jan.

Fast forward to 2015 and Jon is kicking himself for giving up $250,000 and closing the door to alimony. Now that his pension might be cut, he’s going to have to return to work or simply manage on less.

The Multi-Employer Pension Reform Act gives employers a way to get out of making good on their promise of payment to existing retirees. In fact, Central State’s Pension Fund, which covers retired truck drivers across many industries, has already initiated the process to cut pension payments for nearly 300,000 existing retirees.

Retirees and their ex-spouses won’t have any recourse to appeal the cuts and as a result may have to live with irrevocable divorce settlements that no longer work, but can’t be changed.

What can you do?

The non-partisan Pension Rights Center in Washington, D.C. provides updated information and insight into what Americans can do to fight this slippery slope legislation. For more info, visit http://www.pensionrights.org.