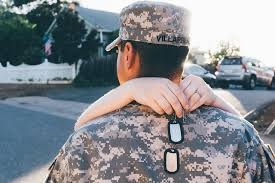 “I’m not preparing the Court Order so I don’t need to be an expert on my client’s military pension.” –Anonymous Attorney

Around our office, this statement is enough to make our stomachs drop to the ground. While it would be unreasonable for clients to depend on their family law attorney or financial advisor to have detailed expertise in the complex issue of military pension benefits, their advisor should have a basic understanding of the types of questions that need to be asked to protect their share of the benefits. One misstep is all it takes to turn this into a potential liability.

My partner (and husband) Dave Roessler and I recently had the opportunity to speak at the Association of Divorce Financial Professional’s (ADFP) annual conference in New York on this very topic. My next several blogs will highlight the important takeaways for those that weren’t able to attend or have requested a refresher.

Sue and Sam, both age 53 are divorcing after 20 years of marriage. Sue is in the Air Force Reserves. Sam has plans to marry his girlfriend right after the divorce is final. Luckily, his astute attorney warns him that remarriage before age 55 would eliminate survivor benefit coverage for him on Sue’s pension plan. This old-fashioned federal regulation, quite different than the rules for those who have a private sector pension, is strictly enforced by the DFAS although remarriage for Sam after age 55 would not impair his ability to collect survivor benefits.

Keeping in mind that a survivor benefit is the amount paid to a beneficiary after the death of the plan participant (Sue, in this case), Sam feels he’s better off waiting to age 55. After all, his share of Sue’s pension is quite large and she is in poor health—he feels certain he will outlive her. He would have been quite unhappy had his attorney not informed him of this remarriage pitfall.

In order for a military pension to be divisible, the parties must have been married for 10 years that overlap 10 years of military service (either active, reserve or a combination). In fact, DFAS will reject any order that attempts to divide the pension if the 10/10 rule is violated.

What does that mean for clients? If one party has a military pension that isn’t divisible under DFAS rules, it still is a marital asset. The best option would be to retain an expert to value the pension and provide an offset within the marital estate. Unfortunately, we often run across settlement agreements that attempt to divide the military pension, even though the parties were married for less than 10 years.

As the two warnings above indicate, military pensions are subject to unique restrictions when it comes to division after a divorce. My next blog will cover two additional pitfalls that are almost too strange to contemplate. Stay tuned.